Jordan Maxwell , pseudonym of Russell Pine ( December 28, 1940 ), is an American writer / researcher who engages in theology , secret societies, etymology, and occultism.
Maxwell is seen as a big name in the world of ‘conspiracy theorists’ and served as an example for various authors and researchers in the field, including Michael Tsarion and David Icke .
Maxwell was editor at Truth Seeker Magazine for three years, made documentaries for CBS TV Network and presented his own radio show under the ABC banner.
One of Maxwell’s hobbies, alongside symbolism and word interpretation, is the so-called ‘astro-theology’ (not invented by him); a theory that states that religions are based on astronomical events.
Thus the story of Jesus birth, crucifixion, resurrection, 12 apostles, like many other beliefs in the world, would be based on the faith of the sun god Horus . Remarkably, all these beliefs show, sometimes at least, similarities to the cult of Horus.

Jordan Maxwell is a preeminent researcher and independent scholar in the field of occult, symbols, government, secret societies and religious philosophy.

His interest in these and a wide range of subjects began as far back as 1959. He served for three and a half years as the Editor of Truth Seeker Magazine, America’s oldest Free thought journal, established in 1873. His work exploring the hidden foundations of western religions and secret societies have created enthusiastic responses from audiences around the world.

Jordan has conducted dozens of intensive seminars and hosted his own radio talk shows. He guest starred on more than 600 radio shows, has written, produced and appeared in numerous television shows and documentaries. One of his most memorable works, was three 2-hour specials for the CBS Television and the internationally acclaimed 5-part Ancient Mystery Series, devoted to ancient religions and their influence on world affairs today.

Click Here to buy our research DVD’s, from the amazing and profound personal collection. Mr. Maxwell is one of the preeminent research specialists in the world, and it is his intention to enlighten and enrich your life with his work. Research videos are available exclusively from this site by donation only. Jordan Maxwell Biography.

This is the official website for Jordan Maxwell Videos & Research Materials.
The educational research materials on this website are available by way of gifted donations. 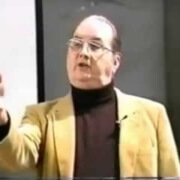