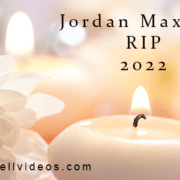 The common theme in conspiracy theories about a New World Order is that a secretive power elite with a globalist agenda is conspiring to eventually rule the world through an authoritarian one-world government—which will replace sovereign nation-states—and an all-encompassing propaganda whose ideology hails the establishment of the New World Order as the culmination of history’s progress. Many influential historical and contemporary figures have therefore been alleged to be part of a cabal that operates through many front organizations to orchestrate significant political and financial events, ranging from causing systemic crises to pushing through controversial policies, at both national and international levels, as steps in an ongoing plot to achieve world domination.[3][4][5][6][7] 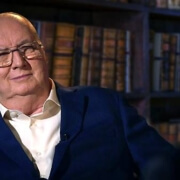 Jordan Maxwell, world renown researcher has passed away on March 23, 2022. At age 82 Jordan is the “Godfather of conspiracy theories”.

He was a kind and generous man who will be missed and never forgotten. His dedication to research was unprecedented and unwavering even til the end. We who have known him and worked along side him, have been given a rare opportunity to see inside the mind of a master orator, author, host and public figure. He will be sadly missed and appreciated as a friend and partner in this journey for the truth. -AB

Thank you for your kindness, generosity and friendship. December 25 is known by Christians as the day to celebrate the birth of Jesus Christ. The date itself and, customs associates with Christmas, have evolved from pagan traditions celebrating the winter solstice.

“Christmas is really about bringing out your inner pagan,” – Historian Kenneth C. Davis

The word “Christmas” means “Mass of Christ,” or, “Christ-Mass.” It came to non-Christians and Protestants from the Roman Catholic Church, but where did they get it? The New Testament? No. The Bible? Nope. From the original apostles who were personally instructed by Christ? NADA. It apparently gravitated in the 4th century into the Roman Church from PAGANISM.

“Christmas was not among the earliest festivals of the Church. The first evidence of the feast is from Egypt.” “Pagan customs centering around the January calends gravitated to Christmas.” Under “Natal Day,” we find that the early Catholic father, Origen, acknowledged this truth.

In the Scriptures, no one is recorded to have kept a feast or held a great banquet on his birthday. It is only sinners, like Pharaoh and Herod, who make great rejoicings over the day in which they were born into this world.”

“Christmas (i.e., the Mass of Christ) Christmas was not among the earliest festivals of the church. It was not instituted by Christ or the apostles, or by Bible authority. It was picked up afterward from paganism.

“Christmas” It was, according to many authorities, not celebrated in the first centuries of the Christian church, as the Christian usage in general was to celebrate the death of remarkable persons rather than their birth” (The “Communion,” which is instituted by New Testament Bible authority, is a memorial of the death of Christ.) A feast was established in memory of Christ’s birth in the fourth century. In the fifth century the Western Church ordered it to be celebrated forever on the day of the old Roman feast of the birth of Sol, as no certain knowledge of the day of Christ’s birth existed.

These recognized historical authorities show Christmas was not observed by Christians for the first two or three hundred years. It appeared in the Western, or Roman, Church, by the fourth century A. D. It was not until the fifth century that the Roman Church ordered it to be celebrated as an official Christian festival!

Is that the Christmas Tree burning? Happy Holidays – JMV