Now it is the spring in the southern equator and in the northern hemisphere it is now fall and the coming of winter. But as I said in Rio and in Brazil it is now spring because it’s going to go three more months until he hits the last the first day of winter. And the first day of winter the Sun is low and the in the southern sky is going to get and that’s the first day of summer. That’s why the birds and smart people with money fly south if you got money you go. So follow the Sun right, so consequently the Sun which was doing just fine, it was really hot and doing great and then and when it reached the halfway point the constellation that it hits every fall is the constellation of Scorpio.

Scorpio is the constellation that begins autumn and therefore is this kiss of death. The scorpion has kissed God’s Son and now he’s going to be led to his death and Capricorn is going to die. He is falling the great son of God has fallen and he’s going to fall all the way down to the southern hemisphere until they hits the first day of winter which is December on the lowest latitude on the lowest point in the southern sky.

Now follow what I’m saying the Sun rises on the lowest degree on the 22nd on the degree and so perceptive the US Navy has the instruments to tell you it did not move one degree so it did not move one degree north it’s on the same identical degree. On the 24th it rises and it’s still on the same identical degree therefore they the ancient Egyptians knew that and they said God son was dead for three days and but on the fourth day which is December 20th, the United States Navy devices will tell you that the Sun moved one degree northward one small degree northward. It’s just enough because the ancient people said anything that was dead for three days and has just moved one degree northward is born again and has come back to life. Now it is on its way back to the northern hemisphere and consequently when it gets to the next quarter point which is spring and at spring it crosses back over the equator on its way back to to full grown and full into the northern hemisphere.

Consequently when you die today we say the same thing the ancient Egyptians them when someone dies we say grandmother passed last night grandfather passed away our uncle passed on. Always the word associated with death and the ancient world was passed you, passed last night. Grandmother passed on, but in the Egyptian they said that when you died you left from one world and went into another world. So you passed over into a next world so when you died they said grandfather passed over last night and I’ve even heard that term grandmother passed over last night. Why because the Sun which was brilliant and Sun in the summer it hit at halfway point it crossed over the equator so it passed over the equator going to the full day of full summer in the southern hemisphere in the spring is coming back and it passes over the equator again coming back. And in the ancient world there was a celebration in the northern hemisphere because of Sun which was dead in winter has been reborn on December they called it the Passover.

So that the Passover is nothing more than the Sun passing over the equator the Passover okay. So consequently when you’re old a very holy old the Passover what are you talking about Sun worship here. Wake up that’s all it is just worship of the Sun passing over and so consequently the Passover happens on the first week of spring. Well isn’t that strange that it would happen in the first week of spring of course Christians would not want to have anything to do with this because this is the Jewish celebration of the past over.

So Christians wouldn’t have anything to do with that but we’re still gonna be worshiping the Sun but, let’s say that instead of the Passover let’s say that God’s son is resurrected. Let’s say he’s resurrected and has come back to life. Well the son has been resurrected has passed over and so Christians go out on the first day of of Easter Ishtar and have an Easter sunrise service, why because that’s all there is, you are worshiping the Sun on a sunrise service because the Sun has passed over. And the Jews call it Passover Christians call it resurrection. Wake up it’s just Sun worship and until such time as you understand that God does not have anything to do with it. Ignorance has nothing to do with the pagan tree and all the crap that we have been said by government, religion, politics, church and all of it it’s all manipulation.

What we need to understand that that there is a divine presence in the universe that demands justice and demands intelligence, and that’s what I’m here to do. To help people to understand to get back in tune with the divine nature of the universe. And I believe that that’s going to be required very soon, because when all the systems break down and the Christians for the first time begin to think about where is Jesus? I would have thought he would be back by now. You need to understand that there’s a very powerful story in the New Testament that is telling us what God’s thoughts are but you need to understand it is symbolic. And there’s a powerful story there and one day if I am invited back I will do nothing more than for four hours but do a whole theological discussion about the New Testament and the real story that’s encoded in the New Testament. Because I believe it’s a very powerful story but it’s not the one you think it is. So consequently our last comments are I do not wish to offend I wish to educate.

Because I believe that’s what the divine presence in the universe would want is true, know the truth and it will set you free. And I want to thank you”. Jordan Maxwell – Jordan Maxwell Videos

Jordan Maxwell is seen as a big name in the world of ‘conspiracy theorists’ and served as an example for various authors and researchers in the area, including Michael Tsarion and David Icke.

Maxwell was an editor for Truth Seeker Magazine for three years, made documentaries for CBS TV Network and presented his own radio show under the banner of ABC.

One of Maxwell’s hobby horses, in addition to symbolism and word interpretation, is the so-called ‘astro-theology’ (not conceived by him); a theory that states that religions are based on astronomical events.

Thus, like many other faiths in the world, the story of Jesus (birth, crucifixion, resurrection, 12 apostles) is based on the faith of the sun god Horus. Remarkably, all of these beliefs, although sometimes minimal, show similarities to the cult of Horus.

Jordan Maxwell is a preeminent researcher and independent scholar in the field of occult, symbols, government, secret societies and religious philosophy.

His interest in these and a wide range of subjects began as far back as 1959. He served for three and a half years as the Editor of Truth Seeker Magazine, America’s oldest Free thought journal, established in 1873. His work exploring the hidden foundations of western religions and secret societies have created enthusiastic responses from audiences around the world.

Jordan has conducted dozens of intensive seminars and hosted his own radio talk shows. He guest starred on more than 600 radio shows, has written, produced and appeared in numerous television shows and documentaries. One of his most memorable works, was three 2-hour specials for the CBS Television and the internationally acclaimed 5-part Ancient Mystery Series, devoted to ancient religions and their influence on world affairs today.

Click Here to buy our research DVD’s, from the amazing and profound personal collection. Mr. Maxwell is one of the preeminent research specialists in the world, and it is his intention to enlighten and enrich your life with his work. Research videos are available exclusively from this site by donation only. Jordan Maxwell Biography.

This is the official website for Jordan Maxwell Videos & Research Materials.
The educational research materials on this website are available by way of gifted donations. 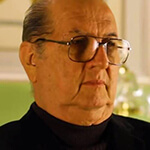